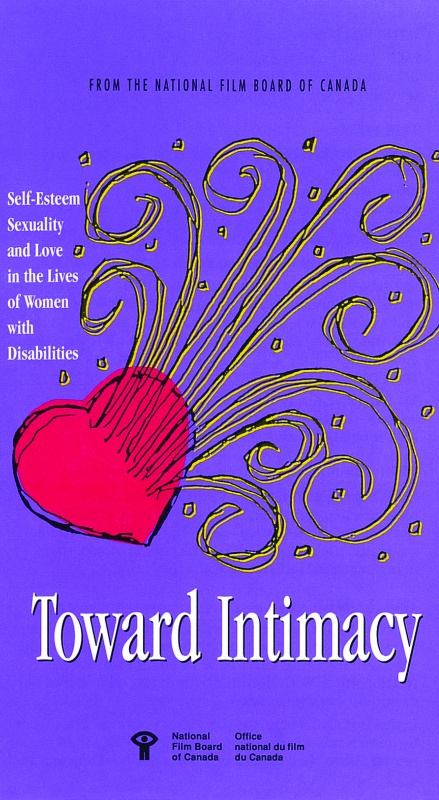 A one-hour documentary on women, disability, and sexuality, produced by Studio D, National Film Board of Canada

This project originated from a group of St. John’s women with disabilities, who held their meetings in the National Film Board’s accessible offices in Pleasantville. Not finding any films on sexuality and disability, they thought it would be a good idea to make one. I was brought on to the project mainly because I was the only woman around with a documentary film background. Eventually finding a home with Studio D, the film was shot in Newfoundland in the fall of 1990, and following the birth of my second child in January 1991, filming continued in Winnipeg and Victoria, BC in the summer.

This film was a wonderful project to work on. Plus, when it was finished, I got to travel, presenting it in Vancouver, Toronto, Halifax, France, and twice in Los Angeles. I really don’t know how I managed, with two small children. I almost didn’t get to France, as both kids had chicken pox just before I was due to leave.

Next Project
Thinking Positive
Previous Project
Down the Road and Imagine That!