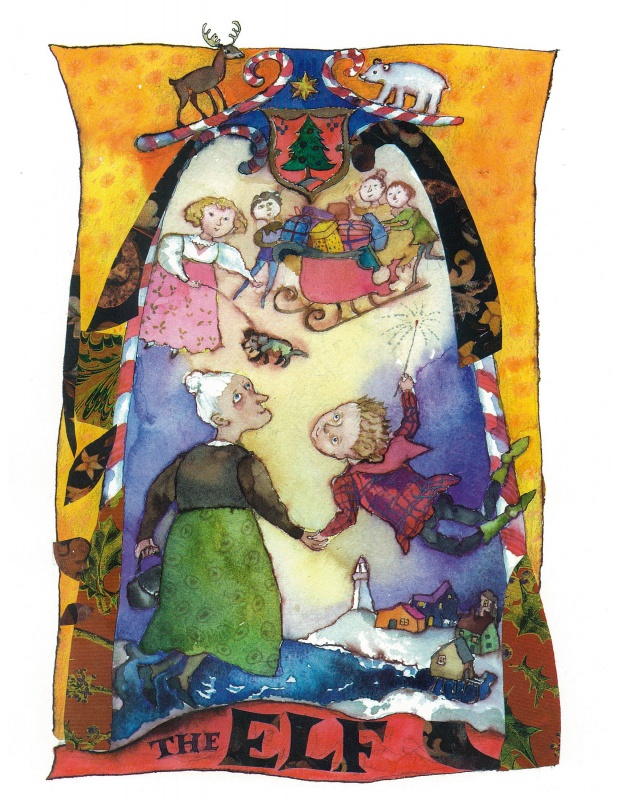 In this Christmas drama, a boy and his family discover he is an elf.

The Elf originated in an idea from Andy Jones. My son Nick had pointy, elfin ears, which Andy commented on. Later that day, he phoned me, with a suggestion for a film, “What if he really was an elf?” I was captivated. Years went by, grants were obtained, workshops were held, and a feature film script was written by Gail Collins. Eventually I was at the Banff Television Festival, shopping the script around. No funders wanted me to direct a feature film, but a few months later I was contacted by a producer from Global Television. They wanted it for their New Producers series. The downside: it would be a television half-hour, which at the time was 23 minutes. And it would have to be shot in summer. The upside: I would get to direct, and they would give us a ton of money to make it.

It was not easy to work with the Executive Producers from Global, who seemed to feel the only way the film could be made was to question our every decision, in what struck us as a very rude manner. Perhaps this was the Toronto way? At any rate, we had no choice but to work with it the best we could.

It was a whirlwind of activity to get the script revised and ready for a summer shoot. The only way to get it edited in time for the August airdate was to use a fancy new computer editing machine, called an AVID, which we did not have in Newfoundland at the time. Editing had to take place in Toronto. But we did it, and best of all, my son Nick got to the play the part his ears had inspired.