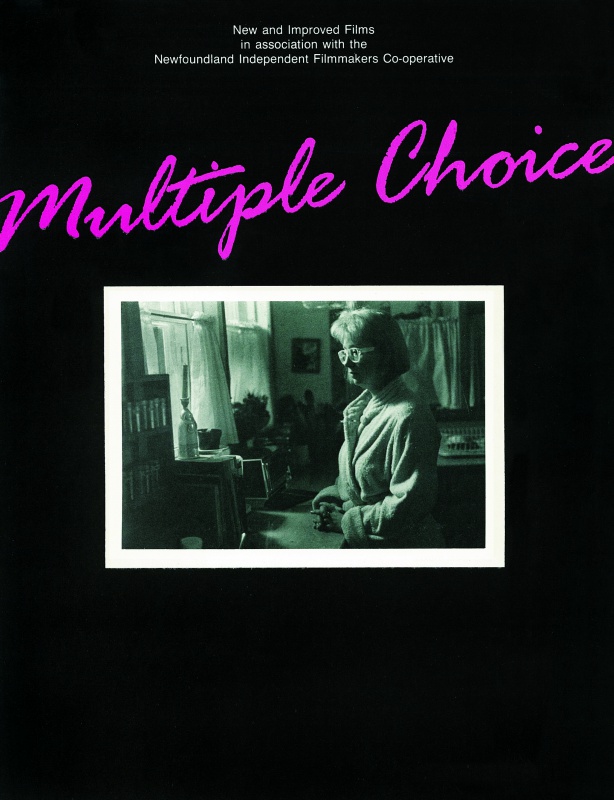 A short drama that takes a humourous look at the consumer society.

I first came to St. John’s in May 1985. I was on the Board of Directors of the national association of film cooperatives. Our annual general meeting was to be hosted by the Newfoundland Independent Filmmakers Cooperative (NIFCO). I was a member of Cineworks, the Vancouver filmmakers’ co-operative, and delighted to get a chance to travel across the country. At that point, I had made one documentary film, and was in the early stages of a second.

I fell in love with St. John’s, and with the talent, energy, and creativity of not only NIFCO but the entire arts community. Everyone hung out in the same few places, and it was easy to meet people in other disciplines. As a result, there was an amazing cross-fertilization that made the local work one notch up from any other place I’d ever been. At The Ship, the local pub, there’d be poets, musicians, actors, filmmakers, dancers, writers, visual artists – and they’d all be drinking and talking to one another about their projects, and feeding each other with ideas and inspiration.

I returned on October 1, 1985, for what I thought would be a few months visit while I worked on a script for another documentary.

The New Poverty was to examine the results of the high unemployment BC was experiencing at the time. I received that most coveted of grants, a Canada Council Film Production grant, just before I returned to visit St. John’s.

Suffice it to say that in the space of one year, the film became a short drama, and I had moved permanently to St. John’s. It was shot in the 1986/87 holiday period, but due to the birth of my first child, did not get finished until Spring 1989, when it was released under the title Multiple Choice.

Interesting side note: I put childcare costs in my post-production budget application to the Linda Joy Busby Media Fund – and they were accepted!
This was a first.

Next Project
Down the Road and Imagine That!
Previous Project
Little Mountain: An Election from the Inside