The Occupation of Heather Rose 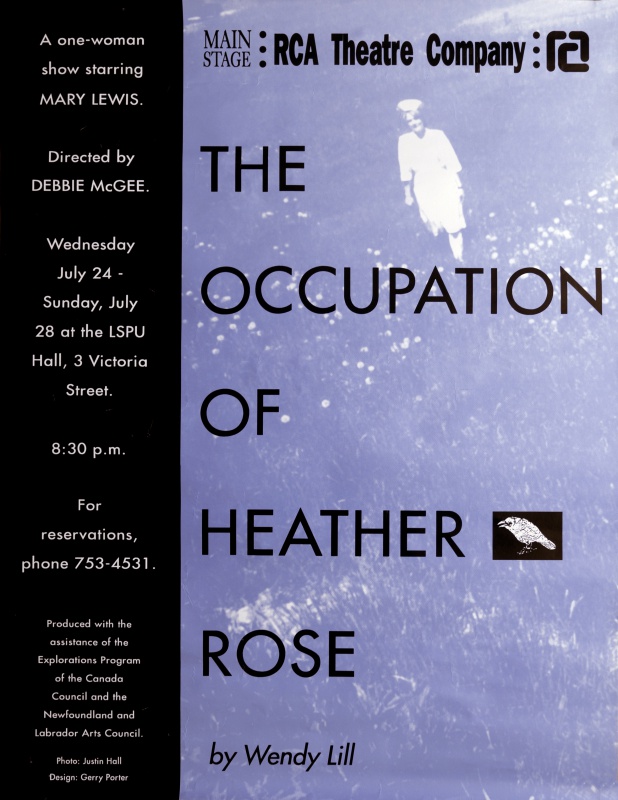 I first saw a production of Wendy Lill’s The Occupation of Heather Rose at the Vancouver East Cultural Centre. It made a deep impression on me, and I was obsessed with the need to bring it to St. John’s. I applied for funding from the Explorations Program of the Canada Council and the project came together when Charlie Tomlinson and Randy Follett at the Resource Centre for the Arts suggested it become an RCA Main Stage production.

I had never directed a stage play before. I loved the rehearsal period. So much more time to explore the script than in film! The play went up in July of 1991. Mary Lewis made a spectacular Heather Rose. She received a standing ovation every performance. The play may be outdated for these times, but I am including it here because it is the only play I ever directed and because of Mary’s outstanding performance. I think this performance was videotaped by Ed Tanasychuk.